If Trump is Acquitted, Blame Democrats from the Clinton Impeachment?

There is some truth here, and as much as I thought the Clinton impeachment was a partisan attack motivated by a desire to destroy the Clintons, the senate at the time decided that Clinton's misdeeds were not worth a conviction. The author is clear that the subject of today's trial differs significantly from that of Clinton's, and Trump's transgressions were much, much more of an existential threat to the Republic. It doesn't mean, though, that Clinton's actions weren't criminal.

I find the premise that things would go differently today if the senate had convicted Clinton to be flawed. Perhaps things would be different, although I am highly skeptical that Republicans today would act with honor. They've shown their disdain for precedent many times in the past five years in their pursuit for power, even brazenly abandoning rules that they themselves set.

I support this impeachment process unequivocally as an American and a nearly lifelong Democrat. In a perfect world, the impeachment jurors would bar Trump from ever holding public office again. In this world where truth is optional and the current crop of Republicans is only interested in remaining in Trump's good graces, we run a genuine risk of a future Trump campaign. If we're lucky, the criminal justice system will uncover wrongdoings that will prevent a future Trump presidency. 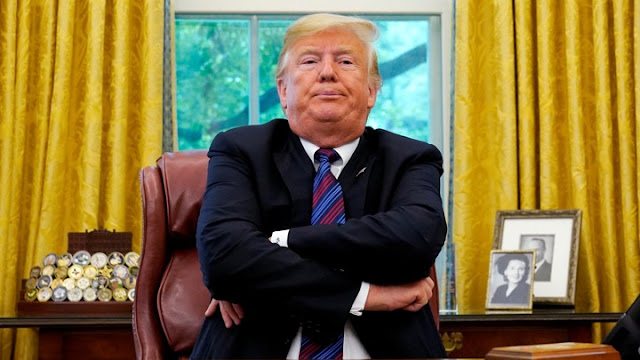 Popular posts from this blog

By The Ordinary American April 11, 2021
I like to think of myself as a caring person, and attempt to behave compassionately towards others. Sometimes I fall short in that effort, but failing is what humans do, and successful humans learn from failure. I'd like to discuss what I believe is one of my more recent failures, and what I've come to learn about what's behind it. When the masking guidance and mandates first dropped, it short-circuited me. I reacted in disbelief, anger, and refusal to enter places that required masks. Masking was a simple act that was both scientifically and morally justified. I wondered if I really was a decent person, or if this reflexive pushback was just uncovering undiagnosed sociopathic tendencies. I started to wonder if my outward behaviors of positivity and kindness were just facades that I'd constructed around a dark psyche. Given the rhetoric surrounding mask-wearing, which can — as far as I understand — be reduced to “you're a monster if you don't do this,” it was ha
Post a Comment
More.. »

By The Ordinary American February 04, 2021
At the end of 2019, I began casually practicing mindfulness meditation. Just over a year later, it's become a nearly essential part of my routine; it provides me an off-ramp to ease back into my personal life after an eight-hour (often longer) workday. Some folks have expressed interest in hearing more about this routine, so I thought it would be helpful to chronicle my experiences: the good, the bad, and the frustrating. Buddhism has been an interest of mine for several years now, and I have a particular affinity for the simplicity of Zen Buddhism. It strips away a lot of the religious/spiritual elements more common in forms of Buddhism found in Tibet, for example. I sometimes use the term Zen meditation , when it is probably more accurate to refer to it as mindfulness meditation. This type of meditation focuses on being aware and present for each passing moment. Contrary to popular belief, it's not about emptying the mind or teleporting to some sort of astral plane. It's
Post a Comment
More.. »

By The Ordinary American January 07, 2021
The criminals who invaded the capital on January 6th, 2021 are not patriots. There is nothing noble or heroic about violently storming the capitol building and disrupting a legal proceeding that is outlined in the constitution of the United States . Those who took part in — or even endorsed — such actions are seditious goons with an axe to grind because the election results didn't favor them. The events yesterday were a culmination of unhinged ramblings and lies from the occupant of the White House, and years of disinformation emanating from the dark recesses of the web. Finally, there is simply no room for whataboutism here. The events of the summer do not hold a candle to the actual sedition that we witnessed yesterday. The demonstrations — and yes, violence — from this summer were to protest hundreds of years of oppression and marginalization of Black people. To equate those protests to yesterday's domestic terrorism is fallacious and ignorant.
Post a Comment
More.. »

Meditation: The Journey Beyond the Mind
by Tai Morello